This promises to be a great evening and we are especially delighted that Peggy Seeger, another of our long-standing MPD Patrons, has generously agreed to take part. Frankie and Peggy go back a very long way, from when they first sang anti-Vietnam War songs together, so it will be an exciting moment to have these two legendary activists and folk singers back on the same platform – albeit virtual!

Peggy has scarcely had time to draw breath since returning earlier this year from a hugely successful ‘First Farewell’ tour with her son, Calum MacColl, in which she travelled all round Britain and Ireland, performing a total of 43 concerts.
More are planned in September with her other son, Neill.

Also performing in this concert will be:
Jim Woodland, singer, songwriter and playwright.

Davies and Daughters, a family female a capella trio singing songs from the British and European folk traditions in their own unique harmony arrangements, as well as original songs. They sing in folk clubs, festivals, climate emergency events and recently at peace vigils for Ukraine.

Boff Whalley and the Commoners Choir, a remarkable community choir from Leeds tackling social injustice in all its forms. The choir’s founder, Boff Whalley is a musician and writer, former lead guitarist of Chumbawamba and currently working on a project with Welsh National Opera. 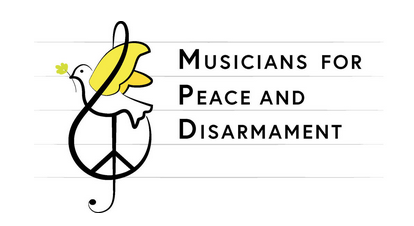