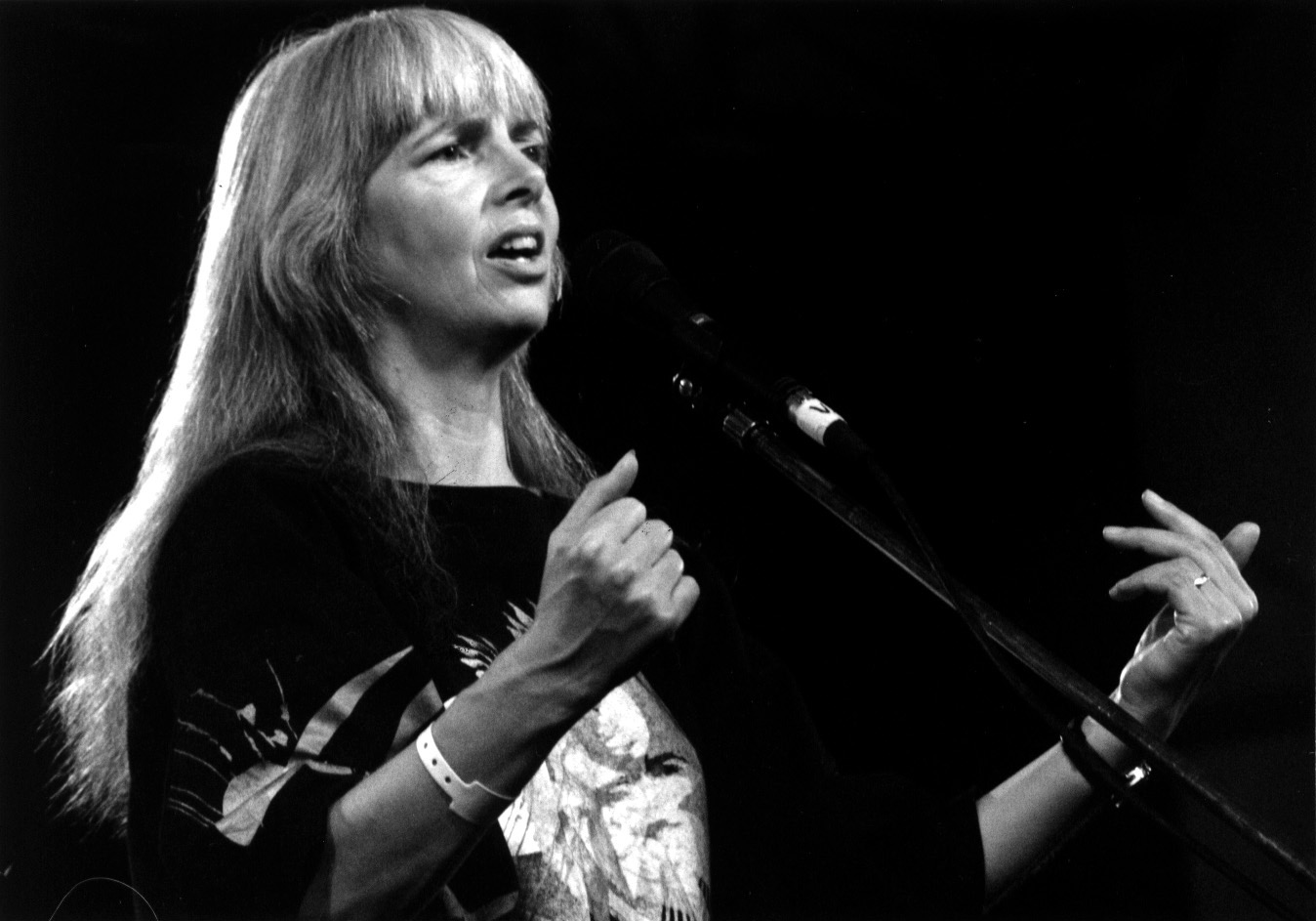 FRANKIE ARMSTRONG  has sung professionally in the folk scene and the women’s’ and the peace movements since the 1960s.  She pioneered community voice workshops in 1975. She continued her previous trade as a trainer in social and youth work alongside the voice workshops for a decade, before focusing exclusively on the voice workshops and singing.
Frankie has made 12 solo albums, as well as featuring on numerous shared and themed recordings. She has written an autobiography (As Far As the Eye Can Sing), co-edited Well Tuned Women (on women and voice) with Jenny Pearson, and also contributed chapters to 11 other books. Her most recent book (with Janet Rogers) is Acting and Singing with Archetypes.
She is founder and President of the Natural Voice Network, which grew out of her voice teaching and training work. Frankie is also an honorary member of the Voice and Speech Trainers Association (VASTA) of North America, and was awarded the Gold Badge in 2018 by the English Folk Dance and Song Society. She is also a Patron of Musicians for Peace and Disarmament (MPD).
The development of her voice and singing workshops was informed by her passion for the traditional styles of singing in the British Isles and from around the world, along with her involvement in the ‘natural voice’ developments in the theatre world (particularly the work of Cicely Berry and Kristin Linklater).
In London, Frankie is a guest teacher at the Central School of Speech and Drama (both on the drama therapy course and the Voice MA), and, for 23 years, regularly taught at the National Theatre Studio. She has been a tutor at International Voice Conferences in the UK, Australia and North America. For over 30 years, she has taken ‘apprentices’ and run training groups (often with Darien Pritchard) to pass on her approach and style of voice work.
Over the years she has run workshops with almost every kind of group – for children of all ages and abilities, professional theatre companies, community and women’s groups, people with disabilities, drama students, therapists, psychiatric patients, folk song students and the elderly. Whatever the specific focus of her workshops, she believes in creating a supportive, generous atmosphere where people do not feel judged or under pressure to get things “right”. The intention is to help people find their own unique voice that generates energy, confidence and a sense of lifefullness.
Having been involved with folk and political songs since the 1950s, she’s always been fascinated by the way that voice can enhance the individual’s sense of well-being and also develop a sense of community. It can link us to the thread of song that comes down to us from our ancestors. Hence, she has always been interested in exploring voice and song in its historical, cultural, political and spiritual dimensions. She also sees the voice as a tool to aid our self-expression, creativity and confidence. And, for more than three decades, she has focused particularly on the body-voice connection, having worked and trained with a variety of bodywork and movement teachers. 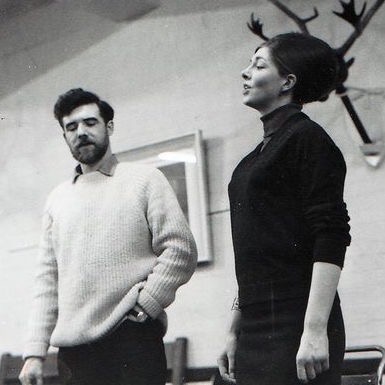 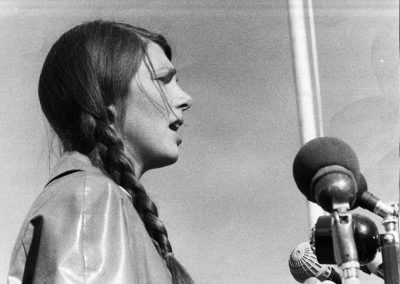 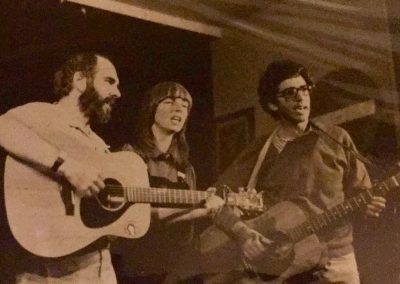 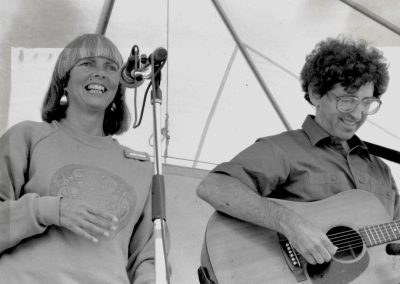 Frankie in action in the 90s by Christabelle Baranay 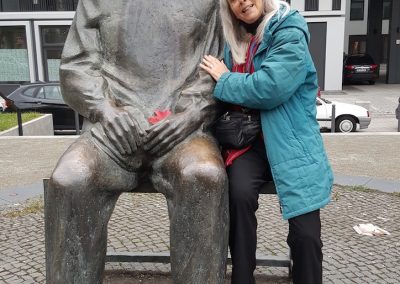 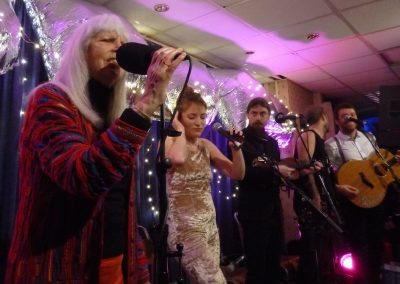